Yesterday morning we decided to immediately head to our next stop since Matsumoto was a lot less interesting than our destination: Akihabara.

We got on the train and it would take us a few hours. 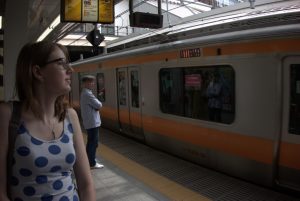 After some time, which mainly consisted of sleeping, looking out the window and playing games we arrived Ochanomizu from where we went to our hotel to drop off our luggage.

Afterwards we paid a visit to Akihabara 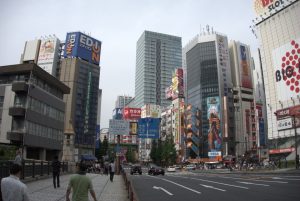 We strolled around for several hours, visiting most of the shops available. (even went to The Super Potato, which is a bit of a legendary game store, although a bit expensive)

In the evening we decided to go for some pizza, and although the pizzas were great, it was a bit weird that they didn’t have any pizzas with salami. (also in the English Pizza almost every pizza was called the “Napoli” pizza…)

After dinner we head back into Akihabara and found out what the latest fad was: driving arround in karts in Mario costumes 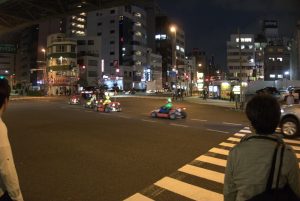 We did some tax free shopping (tourists get a discount when spending over ¥10.000) and went back to the hotel to get some sleep.

This morning after breakfast we were a thinking of going either to the Tokyo Tower or the Tokyo Sky tree for a good view of the city. When googling “Tokyo tower vs sky tree” we found out that there was a better place to go, the Tokyo Metropolitan Government Building. Since it’s the golden week the other towers were probably crowded, but at the TMG we had to wait a whole 3 minutes before we could get on the elevator.

On the 45th floor we were treated with some great views 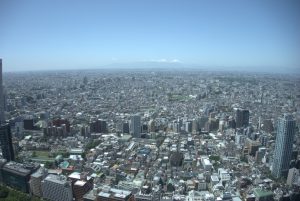 Everywhere you looked you saw buildings, it was like Tokyo was a never ending city!

Afterwards we went down with the special elevator, which only had 4 buttons 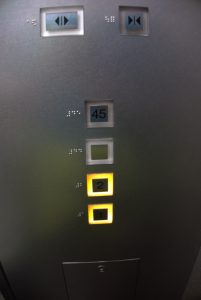 (we were a bit curious where the blanco button would take us, but we weren’t allowed to press it)

Ofcourse we also went to the Tokyo Mega Pokémon Center 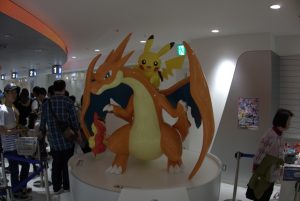 We were glad we had already done our Pokémon shopping before, it was really crowded and the lines for the checkout were pretty long…

In the afternoon we went to Tokyo central station and visited the Imperial Palace Garden where we had some lunch.

For dinner we met up with my niece Anya and she took us to a great place in Ebisu. The food was really great, we had some chicken skewers (normal meat only this time), shiitake mushrooms, noodles and edamame but what really stood out was our sashimi 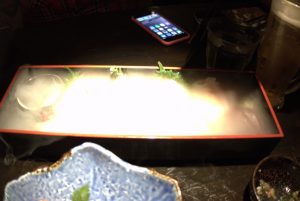 We filled our bellies with all the goodness, got some tips from Anya on where to go next and ended our day with a short trip to Shibuya to see the legendary crossing 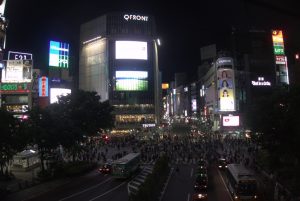 Now it’s time to get some more rest, we surely walked a lot the past few days!