Today it was time to leave Takayama again and head for Matsumoto, with a hike in between at Kamikochi.

We headed towards the bus stop to get tickets to Kamikochi, surely we would be running into this Golden Week crowdyness right? We were a tad too early for our bus so we were first in line. 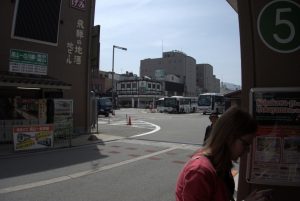 To kill some time we flipped over one of our suitcases which worked perfectly as a table to play a card game. 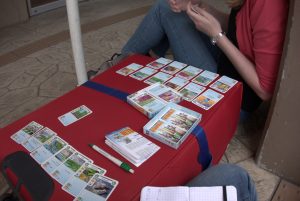 Of course Rhonja won. Marcel still has yet to win one round at this game…)

When the bus arrived our suitcases fit nicely in the luggage storage and we headed to Hirayu Onsen, where we had to transfer onto another bus heading for Kamikochi. The first bus wasn’t crowded at all and gave us some great views. 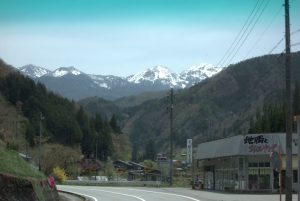 At our transfer and Hirayu Onsen the bus driver looked a bit doubtful at our luggage since he wasn’t sure it would fit. Eventually it did and we got onto the already mostly filled bus. Luckily there were folding seats throughout the middle aisle so we could still sit (quite clever!), but it was a bit crowded here. It only lasted one stop though, half the bus got off so we could take normal seats. 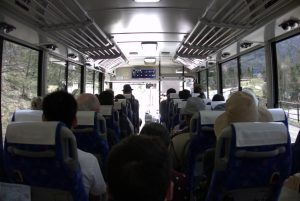 We arrived at Kamikochi, dropped off our luggage so we wouldn’t have to carry it all the time, and went hiking. While walking suddenly some people in front of us stopped and started taking pictures, they had spotted monkeys! 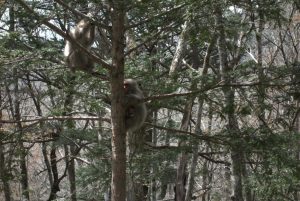 Now I won’t bore you with all the details of the hike, since it mainly involved walking, walking and more walking. It was a bit weird though, it was around 24 degrees Celsius but still everybody around us was wearing long sweaters and jackets… We did take a lot of pictures though, here is a small selection : 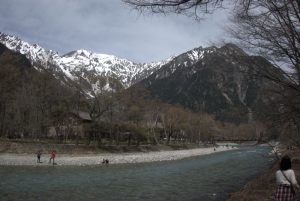 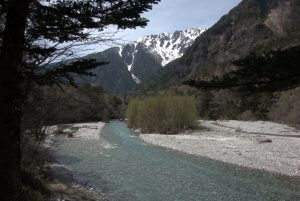 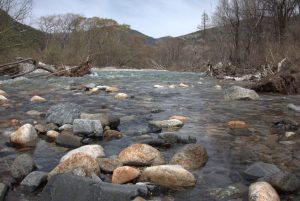 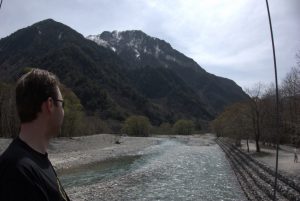 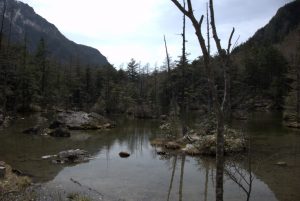 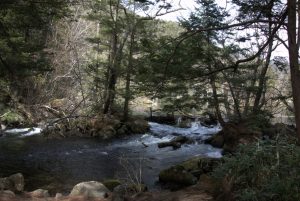 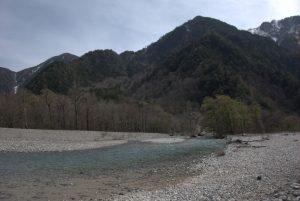 After hiking for several hours we went back to the bus stop to take the bus towards Shinshimashima.

It was a bit weird, although it was quite warm we still ran into snow occasionally. 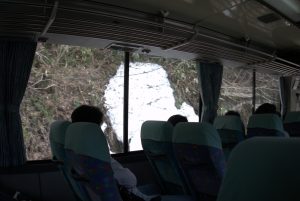 In Shinshimashima we had to transfer to the train towards Matsumoto, again nothing spectacular though. 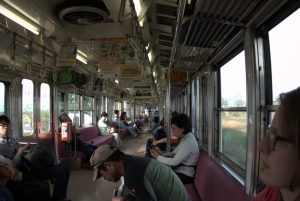 At Matsumoto we dropped by the hotel to dump our luggage and made a quick visit to Matsumoto Castle before dinner. 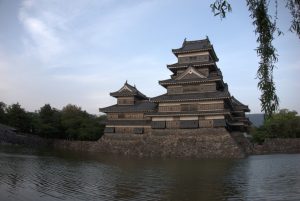 For dinner we found a place that mainly served chicken, so it seemed like a safe bet. We started with some beers (shocker!) and got some fried stuff as an appetiser. We think it was squid because of the texture and form, but fried it was a lot better than raw! (also not recognising the actual squid itself helped)

As a starter we took some fried pieces of chicken and as the main course 8 chicken skewers,which was a bit of a mistake but completely our own fault. If we had taken a look at what kind of chicken skewers they had we would’ve known exactly what we were getting into as they only had 8 kinds on the menu.

We sat at the bar so we could see our skewers being put onto the grill. When we noticed there was a lot of dark red meat we knew we didn’t think our choice through enough. 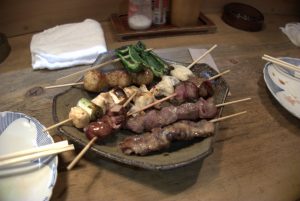 The taste was mainly good, it sure helped a lot that we didn’t actually see which parts of the chicken they were. In the end we were proud to once again finish such a weird meal, but hopefully we’ll be able to avoid these encounters in the coming days…

Since Matsumoto doesn’t have a lot of sightseeing spots we’ll be heading to Akihabara tomorrow morning! In case you don’t know, that is the real geek walhalla ^_^